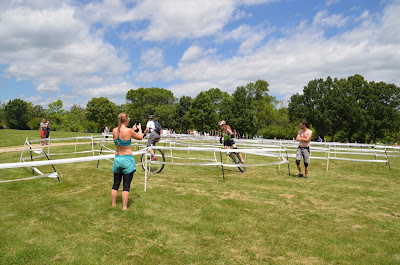 Milk and cookies.  Peanut butter and chocolate.  Unicycles and Cyclocross.  Every now and then you find two great things that go together.

There's no way that we can pretend to have invented CX.  Bikes were doing it for years.  A quick Google search turned up that some people were doing Uni CX in 2006- a few years before we got a hold of it in Pennsylvania (I think our first uni toed the line in 2008).

In spite of those early efforts though, it didn't really catch on at a national (or international) level until we added it as an event when we hosted The North American Unicycling Convention and Championships in 2013. (NAUCC 2013)  Since then it's been improved through another NAUCC and a Unicon to arrive here at NAUCC 2015.

As you can see from the pics, We're not only getting the racing dialed, but the fun factor is through the roof as well.

And a whole lot of racing selfies: 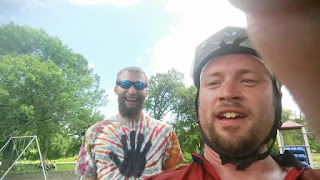 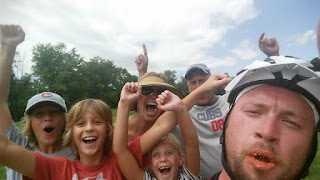 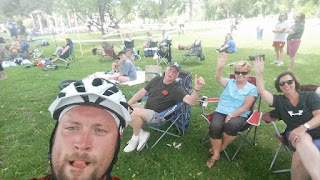 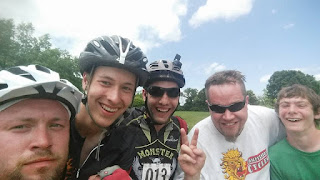 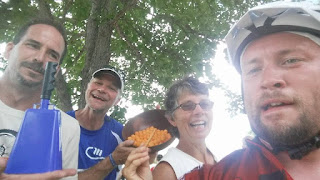 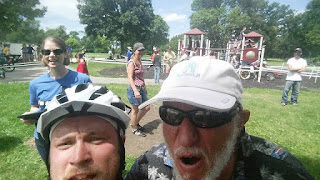 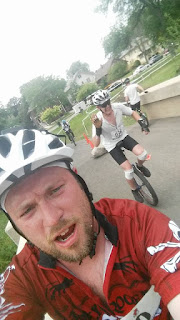 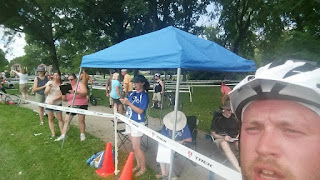 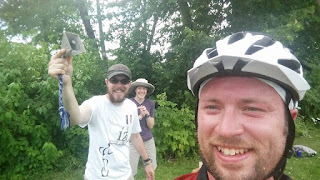 So while we won't try to claim we invented Uni CX, we will admit that thanks to Carl, Isaac, Steve, Bruce, Danielle, Amy, Eric, Jamie, Jesse, Sarah, Rusty, Claire, David, Jenni and Liz (for photos), and Dave- we OWNED it this year at NAUCC 2015.

A HUGE thanks to all the set up crew, riders, spectators, and picture takers for making the
NAUCC 2015 CX the best Uni CX event thus far!