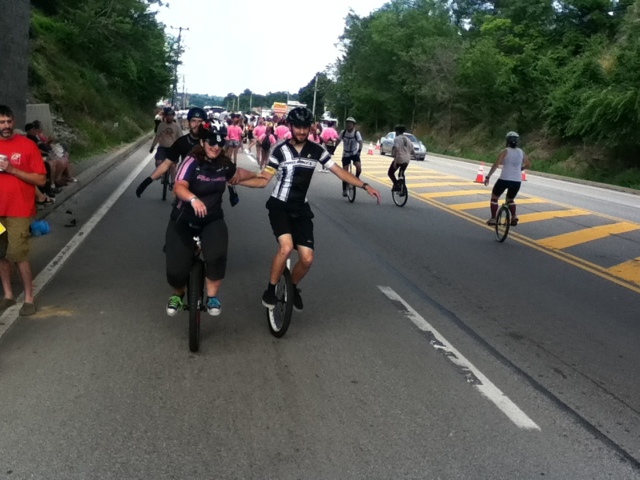 Here's a pic from ONE of yesterday's parades we hit.  Yes, there were 2 parades and another appearance we had on the 4th.  That's good.  This one was on the Miracle Mile in Monroeville with the Pro Bikes bike decorating contest contestants following behind.  We've been doing this parade annually for at least 3 years now and it's always awesome.  It fits us well as we still remember the joy of bike riding at a young age.  Since then we've added unicycling to our repertoire, but it's all still pedaling. 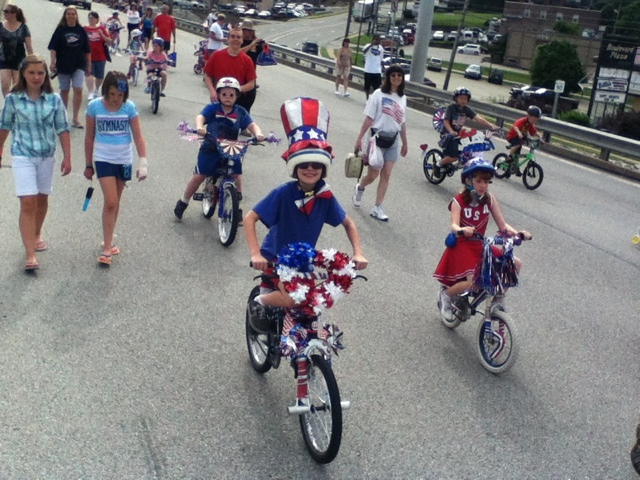 From the pic above, you can see it is all about the bike- AND the chance to ride it in a parade! 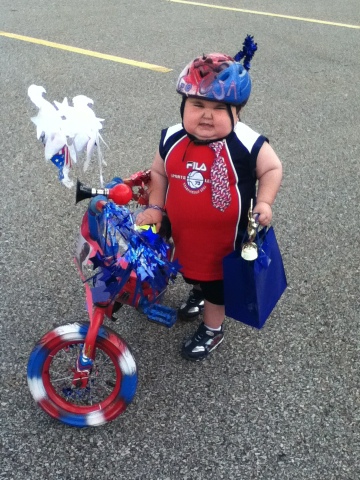 The pic here was of the winner of the bike decorating contest.  The pinwheels spun when he rode, and you can't even see the rocket taped on the back.  His smile is big, but what was really amazing was to see how fluid this guy was when riding his steed.  Seriously, he had smoothness that many adults have never had.

While some of us were taking pics here, another group was at a parade in Zelienople- the sister (or brother) town to Harmony- the main base of NAUCC 2013.  Word has it that things went well there too. 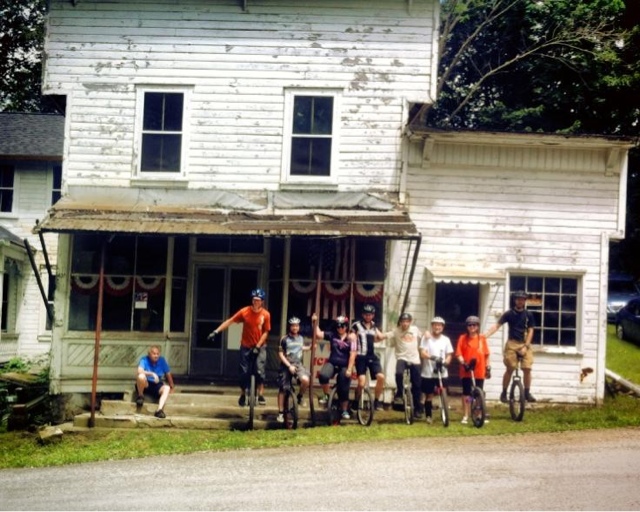 On the way home after the Monroeville parade, we stopped at the Derailleur Bike Shop's open house on the Butler-Freeport Trail.  They aren't open yet (1 year from yesterday is the goal), but they wanted to share their progress on the major renovating project.  They also wanted to share secret recipe lemonade and cookies!

Today we're on our own, but tomorrow we're again at the Carnegie Science Center for the BIKES: Science on 2 Wheels Exhibit from 12-2.  Hope to see you there!